John V. is proud of his farming upbringing in Brookland, Arkansas, and his graduation from Arkansas State University in 1969.  His wife, Dianne, was President of her sorority and he was President of his fraternity, which is how they met.  They were married in June, 1969.

He and Tom Womack have recently endowed the Pre-Law Center at Arkansas State University in tribute to the opportunities and doors opened for them there.

He graduated from the University of Memphis School of Law in 1972 with his classmate, Tom Womack, whom he met on his first day of law school there.

John V. practiced a couple of years in Memphis with some fine people, and then came to practice with Tom in Jonesboro in 1974, in part so he could be close to his aging parents whom he revered.

He has devoted much of the last 25 years of his career to the American Board of Trial Advocates, www.abota.org, which is an invitation only national trial lawyer organization.  The entire purpose of ABOTA is to preserve the Constitutional 7th Amendment right to trial by jury in civil cases.

In 2006, he served as National President and that commitment continues by his National Board participation and Masters in Trial Presentations.

Further to ABOTA’s efforts at professional idealism, he supports the ABOTA programs advocating lawyer “civility” and the movement to include a commitment to civility within the oath of each lawyer admitted to practice in every state.

He subscribes to the notion that all lawyers at all times should be “ladies and gentlemen” in their conduct towards one another and that such an attitude is a component of professional integrity and a commitment to justice and civic virtue.

John V. has represented clients in every area of litigation and has worked hard to keep from being pigeonholed in any particular area.  As his listed accomplishments confirm, he has enjoyed the practice of law which was his childhood dream.  It has given him the opportunity of many friendships and taught him a little bit about a lot of things.

He recommends it to others. 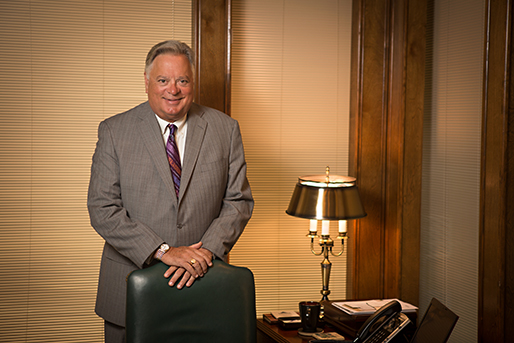