Sara, a native of the small town of Nashville, Arkansas, attended Henderson State University where she received a Bachelor of Arts in English and graduated with honors in 2016. Thereafter, Sara obtained a Juris Doctor from the University of Arkansas at Little Rock School of Law and an LLM in Taxation from Washington University in St. Louis School of Law. During law school, Sara notably clerked at the Arkansas Attorney General’s Office and served as an extern at the Arkansas Supreme Court for Justice Karen Baker and Justice Shawn Womack. Prior to joining the firm, Sara was a Deputy Prosecuting Attorney for the Second Judicial District Drug Task Force. 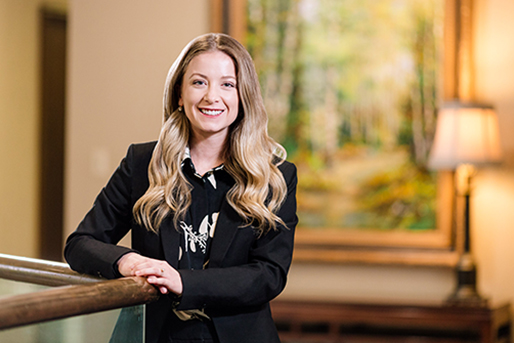